The YA Chronicles is an Australian book subscription box that offers you a newly released Young Adult novel along with 2 – 5 bookish accessories that match the monthly theme. 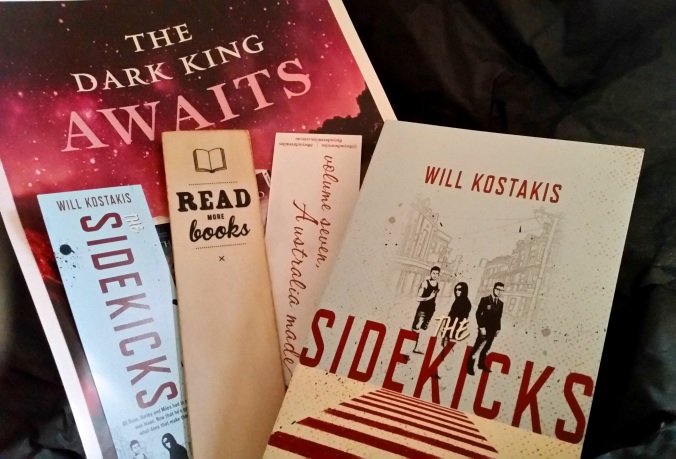 This box would’ve been mailed on Friday 18th March and I received it the following Tuesday 22nd March.

Each box comes with an information card as well as The YA Chronicles bookmark featuring the current month’s theme – March’s theme was ‘Australia Made’.

Double-sided poster from Pantera Press: I don’t know what to do with this, it’s not something I have much use for. It’s a good advertisement, but not particularly great artwork. 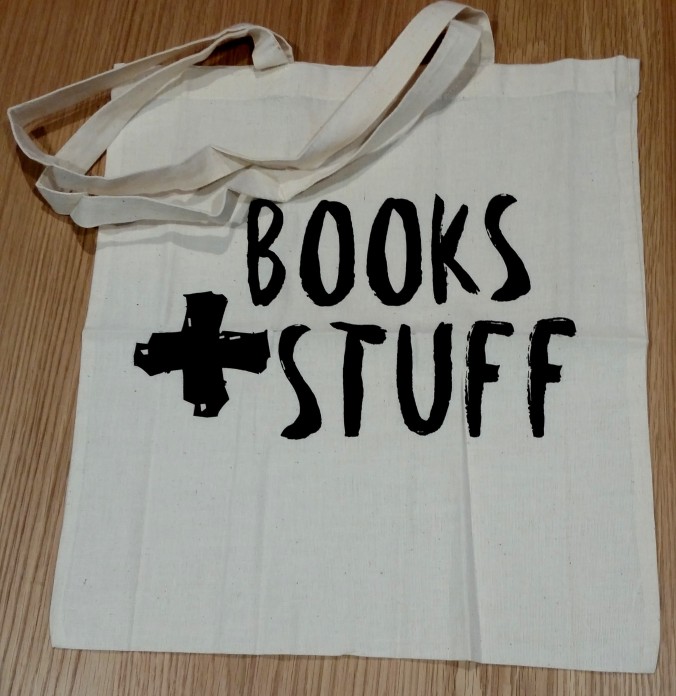 Tote bag from June Design Co ($12.99): A+ for functionality, this came in handy carrying home my various boxes that arrived at the office, but the design is very plain. Accurate summary of the bag’s contents, but not the most aesthetically pleasing tote bag I’ve seen. 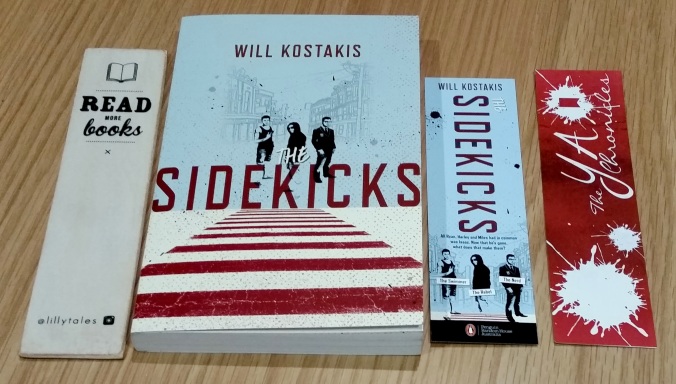 Wooden bookmark from Lillytales ($8.00): This is a neat bookmark, although a bit chunky for sticking in a book! I do like the design and message.

The Sidekicks by Will Kostakis ($17.46 from BookDepository or $19.99 from Dymocks) with matching bookmark.

All Ryan, Harley and Miles had in common was Isaac. They lived different lives, had different interests and kept different secrets. But they shared the same best friend. They were sidekicks. And now that Isaac’s gone, what does that make them?

Will Kostakis, award-winning author of The First Third, perfectly depicts the pain and pleasure of this teenage world, piecing together three points of view with intricate splendour.

Will Kostakis was recently in the media after he publicly came out as gay, and promptly became embroiled in conflict with a Catholic school in Sydney – he’d previously given speeches at the school without issue, but now upon living life openly as a gay man, suddenly they had issues with him. He canceled the job after the school tried to censor him, which is something I find appalling and outrageous in this country in this day and age, so after that controversy, I’m really pleased that The YA Chronicles supported this author and that his book and name has been spread even further.

This is another March box that I’ve delayed posting about because I just wasn’t that thrilled with it and I didn’t want to write up a knee-jerk post, but even with a few weeks to let it sit, I’m still not impressed as I look over these items.The theme ‘Australia Made’ could’ve included such a vast variety of amazing locally-made items and it was a bummer that it focused so much on bookmarks.

I do want to emphasize that as always, this is my personal opinion on the box and I’m not speaking for everyone. Especially since from what I’ve seen on social media, there are tons of subscribers who absolutely love this subscription, so it has appeal for a broad audience, but I’m obviously not the target market. And that’s fine, it’s just not for me and this will be my last box from The YA Chronicles.

I figured I may as well still post about it because a) my resolution this year was to post about every box I received and b) in case there are others who feel similarly to me and need to know what they’re in for. I felt like I wasted my money purchasing February’s box (at least I received March’s box as a giveaway prize so I’m not too upset), and I wanted to offer a counterpoint to all the glowing reviews so anyone who does share similar views as me doesn’t get disappointed as well.

Basically, if you’re in it solely for the book and happy to receive any other bonuses, then you’ll love this subscription. If you’re interested in decent accessories, you’re probably better off looking elsewhere – especially with this box that was so bookmark-heavy, it was ridiculous!

Worth It? The value of the box comes to $38.45, so you get pretty much the cost of the box including shipping.

I didn’t estimate and include a value for the Sidekicks bookmark and poster in that figure because these are the typical freebies you get with a book purchase or from the library, so it doesn’t have value for me as it’s not something I’d buy. Especially the poster, which seems like something the publisher probably mass-produced for publicity and would be giving out freely. (I could be wrong, but if so, I don’t imagine these two items being more than a few bucks, in which case this box exceeded its cost + shipping by a couple dollars)

I need to acknowledge that the books were all personally autographed by the author, so if that appeals to you, then this would’ve been priceless. I forgot to take a photo of my autographed book because while it’s a cool bonus, it doesn’t excite me and so it slipped my mind, but as always, Instagram provides: exhibit A (@girlwithallthebooks_) and exhibit B (@aimzlovezbooks).

Personal Rating: 2 kitties out of 5.

5 thoughts on “The YA Chronicles Subscription Box Review – March 2016”