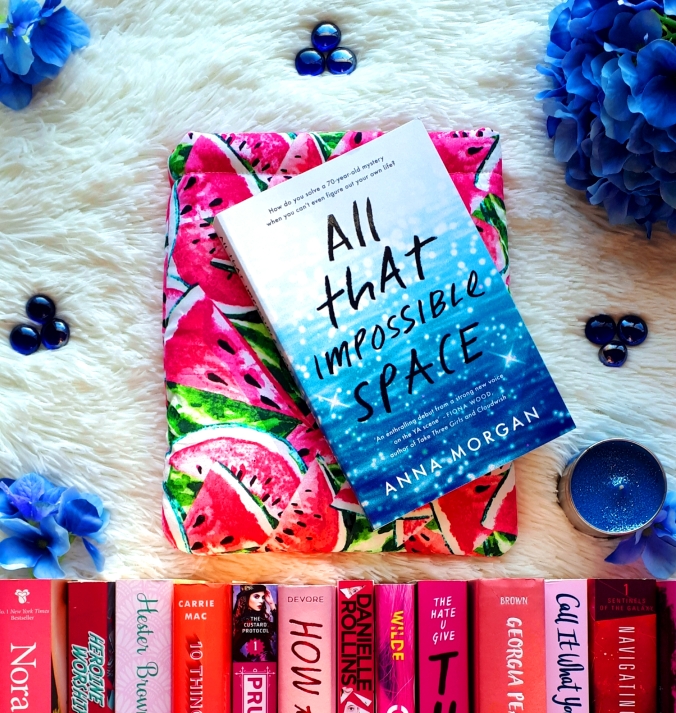 Amelia Westlake meets My Favorite Murder in this debut from a terrific new voice in Australian YA. Combines a realistic story about high school drama and toxic friendship with true crime – the endlessly fascinating Somerton Man or Taman Shud mystery.

When new history teacher Mr. Grant gives her an unusual assignment: investigating the mystery of the Somerton Man. Found dead in on an Adelaide beach in 1948, a half-smoked cigarette still in his mouth and the labels cut out of his clothes, the Somerton Man has intrigued people for years. Was he a spy? A criminal? Year 10 has plenty of mysteries of its own: boys, drama queen friends, and enigmatic new students. When they seem just as unsolvable as a 60-year-old cold case, Lara finds herself spending more and more time on the assignment. But Mr Grant himself may be the biggest mystery of all…

Interspersed with fictionalised snapshots of the Somerton Man investigation, All That Impossible Space is a coming of age novel exploring toxic friendships and the balance of power between teacher and student, perfect for fans of Cath Crowley and Fiona Wood.

My personal measure of a book’s quality is whether a) I read it in one sitting, or b) if it compelled me to stay up ridiculously late to finish reading it. All That Impossible Space achieved BOTH. I wouldn’t have started it at 9pm at night if I had any idea it would keep me up past midnight, but I have no regrets!

What I marveled over the most is how quickly I became invested even though on the surface, the storyline is pretty chill, there’s no huge bombshells with surprise pregnancies or sudden deaths or melodrama to punch up the plot. The central mystery of the Somerton Man isn’t a life-or-death puzzle that needs to be solved in a race against time. So that’s why I thought this would be a simple book that I could wind down with for an hour or so before going to bed AND YET.

I found myself gripped right from the start despite the comparatively low stakes – yes, this is definitely a cozy comfort read, but it’s also super addictive and sneakily hooks you in! It would’ve been so easy for the author to veer into a more sensationalized version of this book (especially in the subplot with Mr Grant), but instead she relied on crafting realistic likable characters and graceful elegant storytelling to reel the audience in. There were numerous times I stopped to re-read a turn of phrase that stood out to me or wince at a passage that hit particularly close to home.

And that was a big part of the appeal to me – our protagonist Lara is so agonizingly relatable. I’ve been in her shoes, I’ve lived through many of her experiences! The toxic friendship with Ashley was very well-portrayed as a frustratingly real dynamic that so many girls are a part of and struggle to escape. Reading about Lara making herself smaller and reshaping her identity in order to retain Ash’s friendship was so sad, but I loved seeing her growth throughout the story as she finds her own feet and starts to define herself as an individual in spite of other people’s expectations.

In case you’re wondering if the sole appeal is because I saw myself reflected in Lara, fret not! It definitely elevated the reading experience because of how closely I related to Lara in some of the social aspects, but I’m totally the opposite of this athletic history nerd second child songstress! It’s more that the author has skillfully depicted universal teenage themes that every one of us has been through, and created a protagonist who is so earnestly endearing that you root for her whole-heartedly and want to see her succeed. Lara is a precious little bean I just want to squeeze and tell her that she IS good enough, damn it. I would’ve loved to have a friend like her in high school!

Moving on from Lara – all the other characters, no matter how small a role they played, were completely believable and three-dimensional. I had to check again that this was Anna Morgan’s debut novel because it stunned me how easy she made it look to populate the book with characters who were as interesting and frustrating and unpredictable as real human beings. No cliche stereotypes here and certainly no one-note antagonists! I really enjoyed that you would think you knew a character and then some new aspect would be revealed and it’s so true to life where you never really know someone 100%.

The growing friendship with new girl Kate, the blossoming romance with fellow castmate Jos, the funny postcards from globe-trotting Hannah…I was fully invested in all of these relationships. Mr Grant was a bit of a puzzle to me, I had a feeling where that plot thread was going and ended up being proven right, but it was very subtly woven and had me holding my breath and second-guessing myself. Musical director Ms Drummond was an utter delight, I cackled every time she made a scathing comment and honestly I kept picturing Meryl Streep as Miranda Priestly in Devil Wears Prada, which made the whole thing even funnier. (“Lara Laylor, are you expecting the audience to call your name three times on opening night before you’ll make your entrance, or is that a privilege just for me?”)

Including snippets of Lara’s History assignment and fictionalized scenarios based on the Somerton Man mystery was such a unique and interesting stylistic choice. I’m not one for true crime, but I appreciated how it was incorporated here in service of Lara’s character arc and I also came to be curious about the mystery for its own sake. Some readers may not be a fan of the lack of closure towards the end, both with regards to the Somerton Man and Mr Grant, but I thought that the open ending felt more appropriate and realistic. We don’t always get the answers we want in life, but the important part is the journey we’ve gone through during the search.

As you can gather, I had an absolute blast reading this book – it’s heartwarming, thought-provoking, really funny (I loved the banter between the teens, and specifically the Harry Potter references!) and I’m so excited to see more from this author after such an impressive debut.

Personal Rating: 5 out of 5 kitties recommend this book. 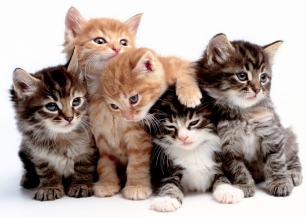 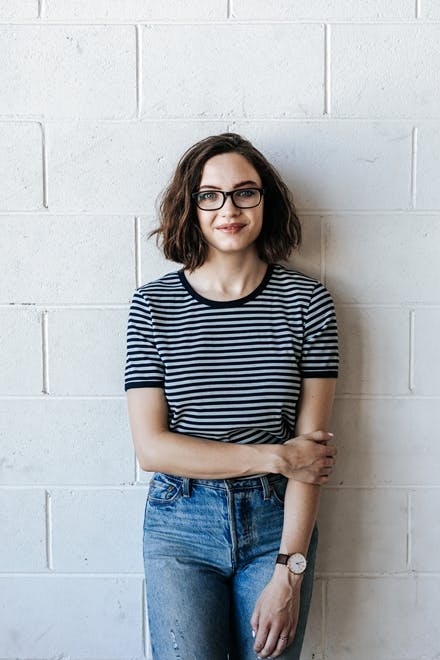 Anna was born in Sydney, but spent most of her childhood surrounded by mountains in Nepal and Tibet while her parents were part of an international community of health professionals. Navigating this cross-cultural life made her a curious observer of people, although most of her time was spent reading Enid Blyton and dreaming of going to boarding school. This did not cushion the shock of shifting from home-school in Tibet to an all-girls high school in Melbourne when her family returned to Australia. All That Impossible Space explores some of the intense and convoluted friendships that thrive in this setting. Anna completed a MA in Writing for Young People at Bath Spa University in 2015, and now lives in Melbourne with her husband. She works as a bookseller.

Check out other posts from the tour! 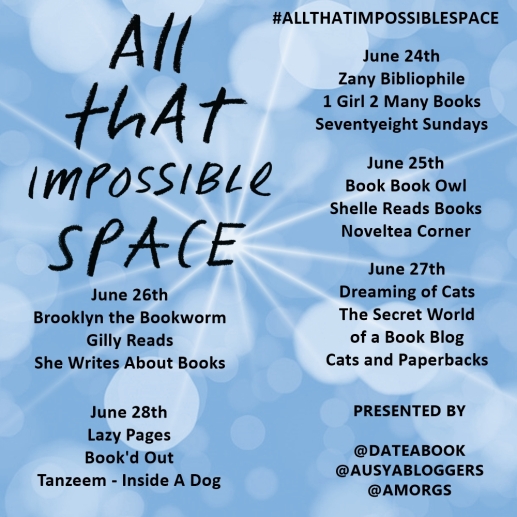 You can follow along with this handy masterlist of participants over at AUSYABLOGGERS and I’ve linked to current posts from my fellow bloggers below!

Disclaimer: Physical copy provided by the publisher free for an unbiased review. All thoughts and opinions are my own.